Posted on August 24, 2011 by ashtraynavigations

Here’s some new ‘stuff’ that’s been hovering around the finished mark for a few months, now it’s ready to unleash. We’ve got the latest Ashtray joint/jaunt, one from the vaults with Leeds supergroup Truant’s unreleased 2001 album and a Moral Holiday CDr you can hold in your hand. Read on: 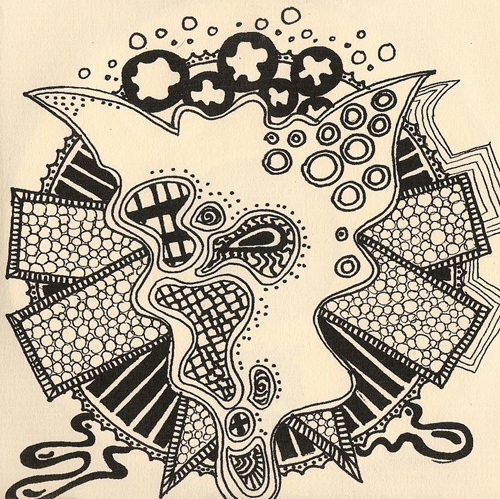 “‘Cinderella Stamps’ is the latest, a four track CD-r released in a run of 100 on Phil’s own Memoirs of an Aesthete label, and it is almost comical to me how perfectly it ensures that I get

my groove on. Pretty much every musical element I dig is there, distilled and combined.  One finger piano?  Check.  Expansively tangerine wob-wob synths?  Check.  Red-hot tropical guitar?  Check.  And so on.  It’s all great but ‘Outside Air’ is my favourite track.  Imagine Phil and Mel soundtracking the adventures of an interstellar Buddha, preaching the eternal truths to bewildered alien races on Chris Foss style space-arks.  Or, if you like, it is Ashtray’s ‘Within You Without You’.
What next, eh?  What next?” Rob Hayler – Read the full review at http://radiofreemidwich.wordpress.com/ 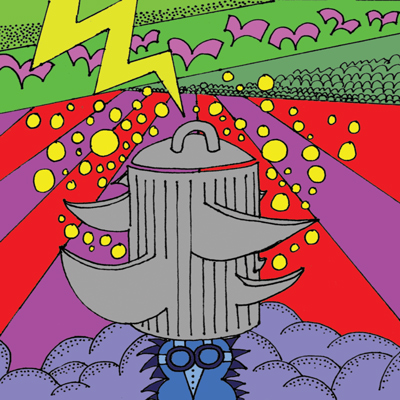 TRUANT – THE TRUANT ACCORD
CD-R…limited to 100 copies
£6 inc. UK postage

Unreleased 2nd album from 2001 by the trio of Cloughie (of Yorkshire prog legends Rancid Poultry), Robert Hayler (Midwich, Fencing Flatworm etc) and Phil Todd (Ashtray Navigations etc). Exactly why this “hot” session sat waiting around by the starting gate for ten whole years is a bit of a long story. Never mind, it is ready for you now. Co-released by Memoirs and the partially-revived Fencing Flatworm label, making this the first release on Memoirs Of A Flatworm records, of course.

“It’s been 10 years in gestation this one…but now Truant (that’s Messrs Clough, Todd & Hayler to you) being older & wiser bygones were bygoned and we can all get a listen to this hot fuss.  Gotta say I was expecting a bit of a noise workout; I mean the name ‘Truant’ summons up snot-nosed images of slouching teens on the lam doesn’t it?  And the first minute or two (‘Nosed’) were pretty damn clunky.  But then all of a sudden the guitar, bass explore, electronics and keyboard all settle into a summer afternoon vibe (‘New river apple’)…it’s all jasmine scented air and warm cobbles.  It puts me in mind of groups like ‘Stars of the Lid’.  All about exploring the drone but with a Ravi Shankar record in their back pocket at the same time.  ‘Mollusca’ is like one of those boiling mud pits in some Forbidden Planet scenario…or even a Bleep & Booster tribute.  The absence of drums lifts these tracks pretty damn high without no anchor to weigh things down.  The real gravy comes with the 10 min plus of ‘Animal Kingdom’ featuring some wacked-out guitar slalom bending and stretching all over itself; ever questing, never peaking.  I’m guessing this is Mr Phil Todd throwing the crazy shapes here…why on earth people make such a fuss of all that Pink Floyd shit when you have faded-empire whimsy and mind-expanding string worrying right here on yr door step I’ll never know.  This is a fine example of English psychedelia and no mistake.   Comes in a cartoon Blue-Meanie type sleeve too!  Like – groovy man.”   – http://www.myspace.com/iamposset 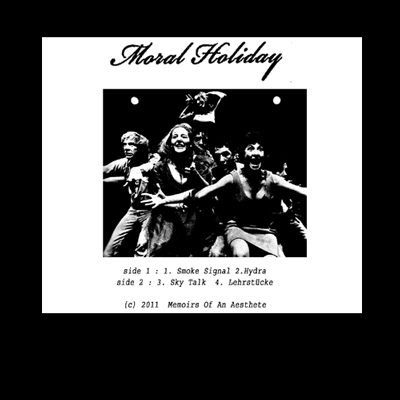 MORAL HOLIDAY
CD-R…limited to 100 copies
£6 including UK postage
Another day, another Phil Todd (Ashtray Navigations etc) project… Analogue electronic junk and vocal meltdown, Call it minimal synth, call it noise, call it electronic garage rock (my favourite description,actually), call it the rawest electropop session you ever heard. There are melodies, there is noise, there is screaming and there is delay unit delerium. Four tracks of fun for all the family. First “available” Moral Holiday release following a very limited edition demo CD-R and a track on a Total Vermin split tape.